5 English grammar ‘rules’ you can officially break free from

Yes, that’s right, I used a preposition at the end of that title. And I call myself an editor! Don’t get me wrong, I love grammar. Good grammar makes writing clear and helps get your point across, but some so-called grammar rules can do the opposite. Here are five pseudo-rules you can safely ignore. In fact, ignoring them might even improve your writing.

You can’t start a sentence with ‘and’ or ‘but’

Many of us learn this rule at school. And to be honest, I can see why: a string of sentences beginning with ‘and’ doesn’t make for A* writing. But there’s nothing grammatically wrong with using ‘and’ or ‘but’ to start your sentence. In fact, if they’re carefully placed among some more complex sentences, they can add impact to your writing and make it much easier to read.

Never use the passive voice

‘The dog licked the cat’ is an active sentence. Flip it around, and you get the passive: ‘The cat was licked by the dog’. Which sentence is more powerful? More often than not, it’ll be the first one. Active writing has more punch and tends to be easier to follow.

But sometimes the passive can be helpful. Don’t want to name and shame? Use ‘this email was missed’. Or perhaps you don’t want to sound aggressive? Swap ‘you haven’t addressed the issue’ for ‘the issue hasn’t been addressed’. Sometimes, you might not know who’s involved: ‘The grass has been cut.’

In short, avoid the passive if you can, but there’s nothing wrong with using it when you need to.

Prepositions can’t go at the end of a sentence

We admit that prepositions at the end of sentences aren’t always ideal. ‘This is the mountain you’ll climb to the top of’ finishes on a weak note. This alternative emphasises something a bit more exciting: ‘This is the mountain, to the top of which you’ll climb.’ But the first sentence is still perfectly correct. As for the second, you’d probably never hear this formulation in everyday speech – and it definitely has a more pompous tone.

Rumour has it that this myth was popularised by John Dryden, who applied Latin grammar to English (which might explain some of that pomposity). Not only was Dryden wrong but even the greatest writers have broken his pseudo-rule, including Shakespeare: take ‘We are such stuff / As dreams are made on’, for example.

This is another myth that seems to have its origins in Latin. In Latin, you can’t split infinitives because they are made up of just one word, such as ‘iūro’. In English, we usually need two: ‘to swear’. The myth would have it that adverbs can’t sit in between these two words, so ‘to solemnly swear’ would be incorrect.

But we instinctively know that ‘to solemnly swear’ is fine. In fact, not splitting the infinitive can sometimes lead to confusion. ‘I really want to fly’ suggests that you have a strong desire to fly, but if you need to make clear that you want to be able to fly yourself, your only option would be to split the infinitive: ‘I want to really fly.’

The same people would tell you that ‘None of the passengers are injured’ is incorrect. Not so! ‘None’ can also mean ‘not any’, which would make our sentence ‘Not any of the passengers are injured’. Sometimes, as in this example, either singular or plural will do. In that case, it’s best to choose what sounds most natural to you, as that often makes for better writing.

My only golden rule with grammar is clarity. As long as the reader knows what you mean, and the register is appropriate, you can’t go too far wrong. Writing is about communication, after all. If you need help polishing up your grammar – or at least making sure your writing is clear – our team would love to help. 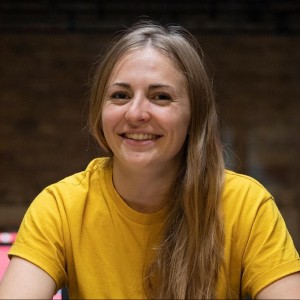 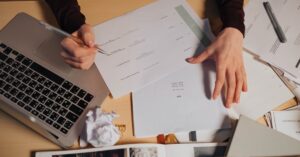 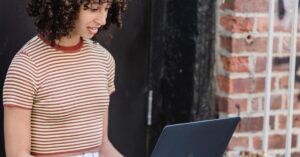